This “open” innovation may indicate the future of learning 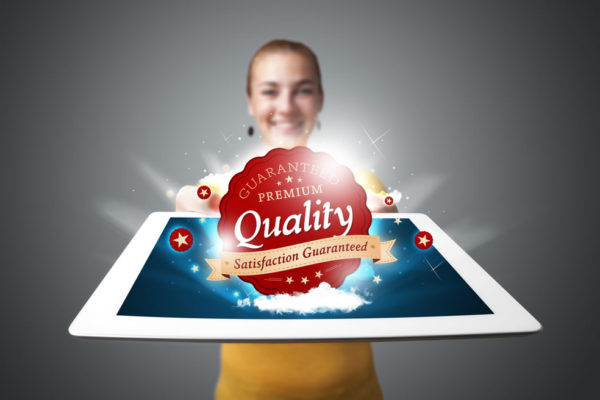 My hometown of Gastonia is a quiet place. Scant traffic. Nice neighbors. Folks still offer you a sweet tea when you visit. By most accounts it’s a sleepy southern town, with roots in textiles and major manufacturers producing Wix air filters and Freightliner trucks. Just what you’d expect from a small town in the South. It’s my idea of heaven, but according to Wikipedia, its biggest claim to fame is that it is the second largest satellite city in the Charlotte metropolitan area.

But get ready. Gastonia, though small and unimpressive to fancy outsiders like Wikipedia, is poised to take advantage of one of the greatest sea changes taking place in education in the last 200 years. Don’t let the headlines and the small-town charm fool you. Gastonia has potential!

Even with all our new technology and the amazing strides we have made in the science of learning, our sons’ classrooms in Gastonia look a lot like my classroom did–and an awful lot like my father’s, who was born in 1923. My father attended classes for 11 years (there was no fourth year of high school then and no kindergarten), but even so, his classes were separated by grade levels and students were assessed by letter grades. Every student was required to learn the same things during the same chronological period. With no technology except a chalkboard, my father graduated high school as a very literate person who was highly proficient in mathematics and knew Latin and Greek.

He was well-equipped for the world he entered, and went on to become a successful optometrist after fighting in WWII. In his day, life was very local. It was expected that after school a person might work the remainder of his life in one role for one company. Local communities were comprised of interlocking parts and ran very much like Adam Smith’s Invisible Hand Theory–each individual worked for his own self-interest and played his part in the economy of individual communities. They didn’t need a “Buy Local” campaign to encourage commerce; they simply didn’t have a choice.

How Much the World has Changed!

Technology has transformed us. Many of the jobs that existed in my father’s world have disappeared. Many of the jobs that exist now in my world will be gone by the time our sons and their peers are running things. School used to be about gaining a shared body of knowledge. To a large degree, what constituted an educated person was agreed upon. To be educated, everyone learned the same things at the same time. If you were clever, paid attention, had good memorization skills and could afford it, you could even progress to college and possibly to graduate school, where your agreed-upon knowledge would qualify you for a profession.

I am the product of a liberal arts education. I know a little about a lot of things. Languages. Poets. Writers. Mathematics. Psychology. History. Sociology. Thank goodness I don’t have to go out and find a real job. I have no verifiable job skills. No provable competencies. I am darn near unemployable. If I were to graduate college today, I might be one of the millions of kids who go back to live with their parents. Or worse, If I were to graduate with my un-provable skill set fifteen years from now, I would be wholly unprepared to make a living and take care of myself.

Passing time in school no longer matters. Okay, you made it through high school. What did you learn? Now prove it. Or, you may spend 12 years in college, complete 300 credit hours of study, and know a lot about a lot of things. But unless you obtained degrees along the way, your 12 years are meaningless to employers. You have no way to prove what you know.

Today, learning needs to be quantified. Not by time, but by skills and specific experience. And it needs to be verifiable. We also need the ability to display and share those skills, combine them and show how they are applicable to multiple industries. They need to be meaningful and transferable.

The technology now exists to power the education system of the future. It is already in use, but in the next 15 years it will completely dwarf our current system of assessment.

That’s amazingly quick in education-speak. Think about it. Education is an institution with two primary functions–to educate our children and to serve and maintain the institution itself. Because of the second function, education has been painfully slow to change. But the times they are a-changing.

When I first met Wayne Skipper five or six years ago, he was already talking about badges and how they fit into the future of education. At that time, the education world was beginning to have some serious discussions about moving towards a competency-based model. The college presidents I knew were all talking about it. A few school districts were playing with it. But no one was successfully making the leap between education and industry, and no one had the vision to create a system for obtaining and displaying competencies that was sharable and open. There were some tech companies in the space that were talking about cornering the market in credentialing–they were intent on getting rich by owning the rights to credentialing or badging–and making everyone pay them to house and distribute credentials.

My friend Wayne had a different idea. He wanted to make the whole thing open. And FREE.

To date, nearly 15 million Open Badges have been issued in the US alone. Open Badges is a technology standard that allows the user to take any learning achievement, whether formal or informal, and recognize it with a portable micro-credential. Open Standards allow everyone to put all these types of learning activities on the same playing field and describe them in the same language. That means everything is interoperable. Businesses, schools, associations and learners, everyone can share information–everything works together. Verifiable skills are transferable from one job to another, even between completely different industries. It is the piece of the puzzle that makes everything possible.

Wayne’s company, Concentric Sky, developed the Open Badges 2.0 specifications. The company wrote the developer’s tools, the developer’s guide and the open source badge validation tools. The MacArthur Foundation’s spinoff, Collective Shift, approached them in 2015 to take over stewardship of the Badge Alliance, which they held till 2017 before handing it to IMS Global Learning Consortium, a member-driven global standards body.

That Sets the Stage for What’s Coming Next

Business is becoming increasingly global. Future workers will be hired globally and work remotely. Most workers will be independent contractors, working for multiple businesses–sometimes at the same time. Think gigs, not jobs. That’s our future economy, and the way that our students, sons and daughters will make their living.

The Internet has changed everything, but everything is going to change even more. The ability for our children to gain, display and distribute their credentials will be the way they find employment. A business’s ability to find and contract with skilled workers will be the difference between the success and failure of that business.

The world is changing. Technology has democratized opportunity. The future is global. Fancy cities like Charlotte and Nashville are giving way to towns like Gastonia, with its scant traffic, nice neighbors and skilled workforce.

And now, my fellow Gastonians have real options. Our middle son Stone is 15, and wants to be a radiologist. Many of the competencies he needs will be obtained online. He can also practice medicine online. His patients will come from all over the world. I’m reasonably sure the technology used to obtain his medical credentials will be some version of the Open Pathways technology, created by my friend Wayne Skipper.

It’s really a small world to be so global. Of course, our youngest son Aidan still wants to be a professional motorcycle racer.

I’m not sure they have an app for that.

Connect with Us Socially